"SULE (Swift Ultra Long Endurance), which we have been developing over the last few years, has finally finished its first flight. It will soon certainly play a part in the future, substituting low-altitude satellites, "says Chairman & CEO of Swift Engineering and Swift Xi, Hiro Matsushita. 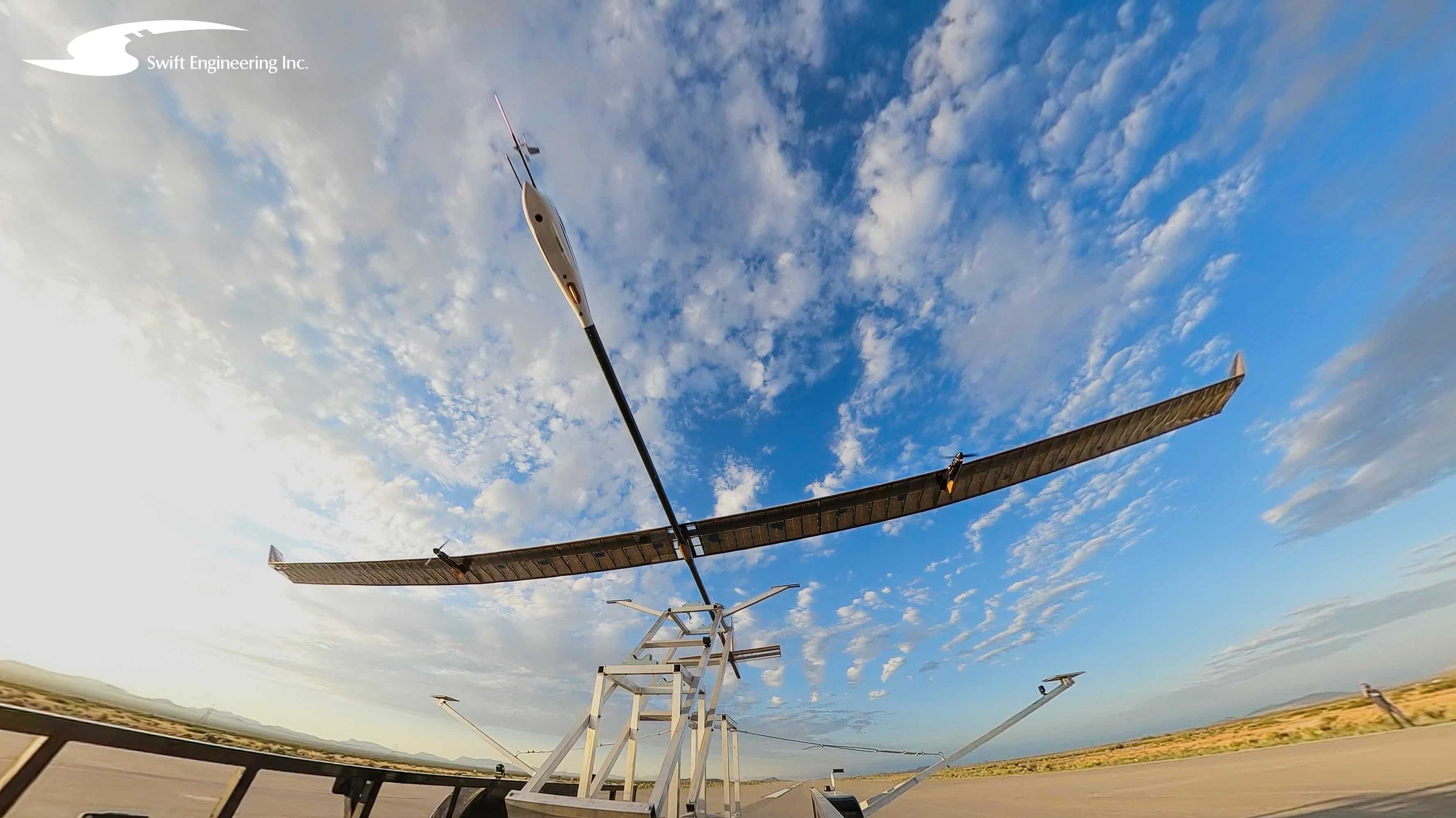 HALE is designed to fly at 70,000 feet and offers 24-hour persistent and stable upper atmosphere operations for both commercial and military applications, including surveillance, monitoring, communications, and security. The 72-foot solar-powered system is described as an affordable alternative to satellites. It weighs less than 180 pounds and can carry payloads of up to 15 pounds.

"The success of SULE's first flight has opened the door to the full-scale practical use of HALE UAS. This challenge leads to the development of space and aviation business. I'm sure that it will dramatically enrich our lives in the future, "says the President of Swift Xi, Kenji Fukuoka.

The HALE UAS was awarded two technology patents and received airworthiness certifications from NASA and the FAA's Certificate of Authorization (COA), enabling it to fly in commercial airspace.

"Innovation will begin in the stratosphere," says the COO of Swift Xi Inc. Dr. Nick Barua. "SULE will be a platform that will conquer the distance between us and the sky and space."