When speaking of drones (unmanned aerial vehicles), most people will think of a helicopter (rotary wing aircraft) type.

This is actuality is a type that rotates its propellors fluidly. On the other hand, there is a “fixed wing type “drone resembling and airplane. It floats at the lift generated by its main wing; the battery drains less and boasts more than 5 times required airtime. However, the disadvantage it is not as easy to use being it is a designated launcher required for takeoff and long runway for landing.

Moreover, being a fixed wing type, it does not need a runway, that is, when taking off and landing, the drone of “VTOL (Vertical Take-off and Landing) it moves vertically like a helicopter type which appears to attract immediate attention. VTOL type drone shocks the industry. Initially it was Hyogo and Kobe prefecture who decided to launch into action. In 2019 a budget of 100 million yen was secured. It was introduced to investigate damages by heavy rain, withering of trees in mountainous areas, and investigating damage in coastal areas affected by storm surges of typhoons.

First and foremost, by the government utilizing. This would introduce drones as a private sector. At the same time, main objective is to reduce the cost of small airplanes and the work done visually on ground.

On the 13th of this month, the drone industry was shocked when it announced the adoption of a fixed - wing “VTOL type “in the selection of business operators held by public offerings. Why did local governments that emphasize safety and achievements choose this type instead of a helicopter type?

Swift Xi was introduced. A branch of Engineering with its headquarters in Southern California, USA, which is a startup company established in Kobe in April 2018 with joint investment with Kobe Institute of Informational Sciences.

Hiro Matsushita leads Swift Engineering in the United States. Mainly known for traveling to United States since 1986, participated in car racing, and challenged the Indy 500, one of the best races, for the first time as a Japanese national.

Hiro Matsushita was interested in Swift Race Cars, which specializes in developing a car that he was holding the steering wheel in the race and wanted to develop it into an engineering company in the aerospace field.

Because California, is home base for the company aerospace technology and human resources. Like racecars, aircraft is made of composite materials such as carbon fiber, and both aircraft wings and race car wings are the culmination of fluid dynamics, and there are many comparisons within both technologies. Following after was the name change to Swift Engineering, specializing in unmanned aviation systems and advanced composite materials, gained trust from aircraft manufacturers Boeing and Lockheed Martin, were entrusted with the latest parts. An uphold a track record. 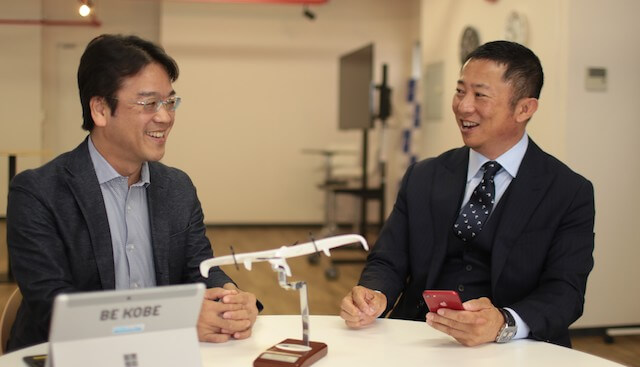